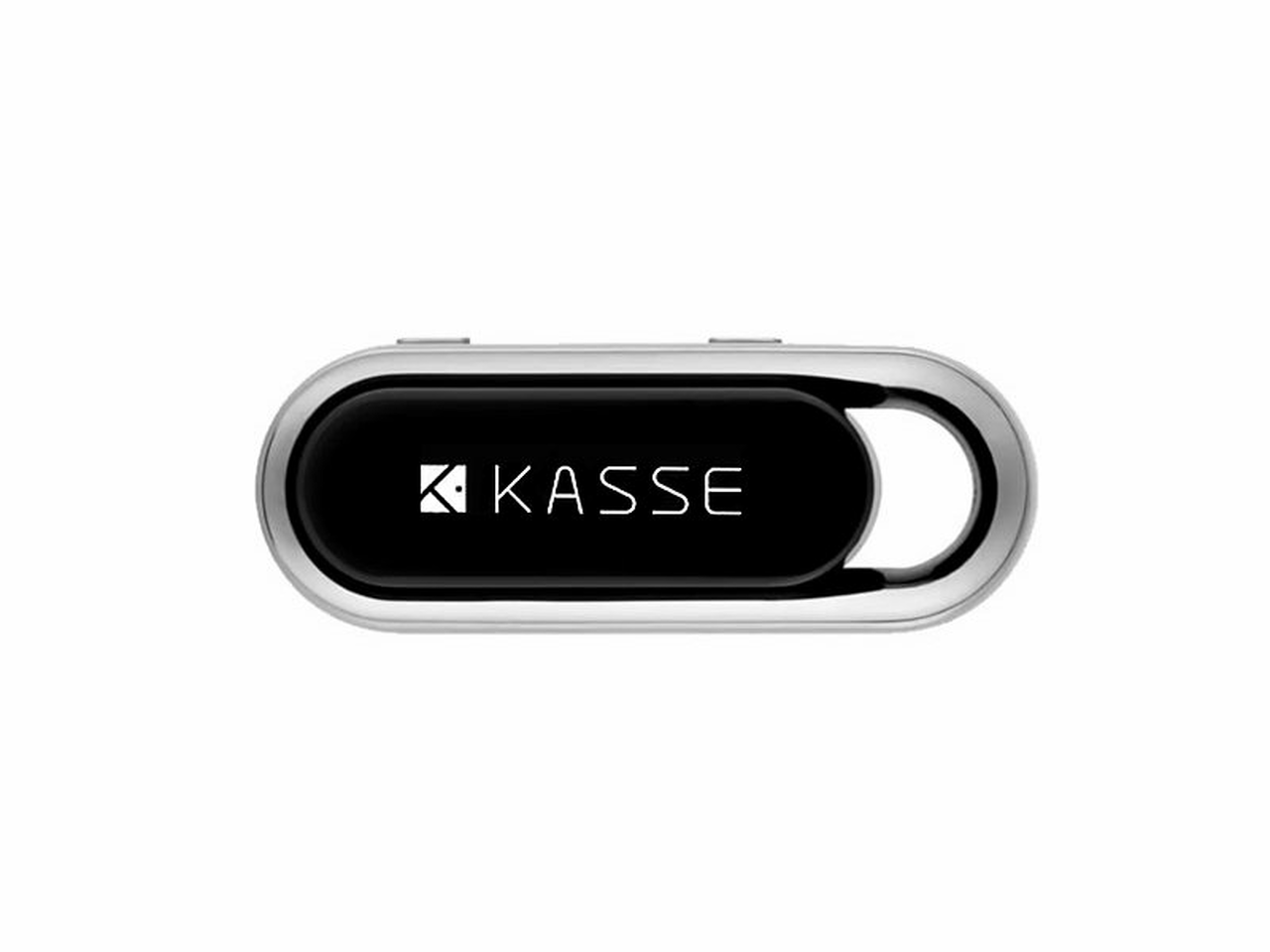 The Kasse HK-1000 hardware wallet, a micro USB cord, a seed phrase recovery card, and an instruction manual are all included in the package. It also comes with a neckstrap. The device has a 2-inch OLED display with two buttons on top and no power button. To turn it on, connect it to a PC’s USB.

The hardware wallet is only accessible on a PC. It’s small enough to put anywhere, but it stands out due to its distinct appearance.

After turning on the hardware device, I select English and then pick a pin configuration. After selecting my pin, I decided to recover a wallet (funds lost from a previous transaction). Now it’s time to type in the seed phrase. Because there is no letter delete mechanism after typing in letters, if you make a mistake, you need to restart the entire sequence. The wallet recovery process begins after confirming the seed phrase.

The HyundaiPay software is downloaded and installed. The first message informs me that I must update the firmware by turning on the hardware wallet’s download mode. According to the instructions, I should do this when I press both buttons while attempting to connect with the desktop app. After doing so and not seeing any results, I searched for help on Kasse’s website and got answers. To put the Kasse HK-1000 in download mode, you must press and hold both top buttons at the same time after reconnecting the device to the USB connection. When I press and hold the buttons, “Firmware upgrade” appears on the screen, and that’s when the desktop app begins downloading. When the app restarts, I’m prompted to enter the firmware upgrade code. Because I am unfamiliar with this step, I repeat the process by entering the firmware update mode on my hardware wallet while restarting the software and continuing with the firmware update. After the prompt appears a second time, I finally figure out that it’s requesting me to provide a firmware update code. As a result, I create one.

Since I’m unable to retrieve the money at this time, I’ll try establishing a new wallet. I go into the device’s settings and follow the procedure for creating a new recovery phrase. After recording the new seed phrase, I verify it by answering three random questions on the hardware wallet. The wallet creation process finishes after that.

I tried to reaccess the same cryptocurrency, but I had the same problem—no server response. I tried to find out if Kasse’s application was the issue by checking my other wallet, but it could retrieve my balance. The blockchain isn’t the problem; it’s Kasse’s app, that is.

This activation and setup process is long and confusing. I could not access my cryptocurrency account, so I did not review the process for transactions.

The Kasse HK-1000 product page claims that the device is EAL 5+ certified for private key encryption. There’s no mention of any other security protocols on the site. You must create a PIN, and an optional passphrase can be added to activate hidden wallets.

According to product reviews on Amazon.com, there have been allegations that funds may have disappeared while using this gadget, plus complaints about the desktop app not connecting to blockchains.

When I read the Amazon product page complaints about thefts, it appears that the gadget isn’t adequately secured and tamper-proof. The accusations seem to have similar traits, suggesting hardware security is a real problem.

The Kasse HK-1000 supports 11 different cryptocurrencies and ERC-20 tokens. Because it lacks extra features such as FIDO U2F and methods to connect with other dapps via its desktop app, this hardware wallet is restricted to coin storage and can’t support activities within the broader cryptocurrency ecosystem. There’s no indication that the hardware wallet can connect to other dapp services.

I had faith in the Kasse HK-1000 to be at least a decent wallet. The wallet’s sleek form suggested that it would accommodate many of today’s cutting-edge cryptocurrency changes. I was reminded of the Ledger Nano X by the OLED screen and two buttons. Unfortunately, the Kasse did not live up to expectations. There was no support for more cryptocurrencies, and I couldn’t connect to the most well-known blockchain. However, it pained me to read about some of the security issues people experienced while using this gadget. Some of the claims appeared to be caused by novices using hardware wallets for the first time, but other remarks sounded like the gadget could be hacked and eavesdropped on. The installation process was time-consuming; more precise instructions could have reduced the process.